The Hill Family originated from Colac, Victoria. Arthur Hill once travelled up and down the western district selling timber to whomever would buy.

In 1931 Arthur Hill met up with Mr Hazelwood who had a small timber yard in Dodd St, South Melbourne. They decided to form a partnership and Hazelwood & Hill was born.

The company specialized in furniture timber and also the machining and moulding of timbers. The moulding facility we have today is still the lynchpin that drives the company’s success, just as it did in the early years. 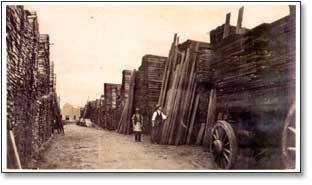 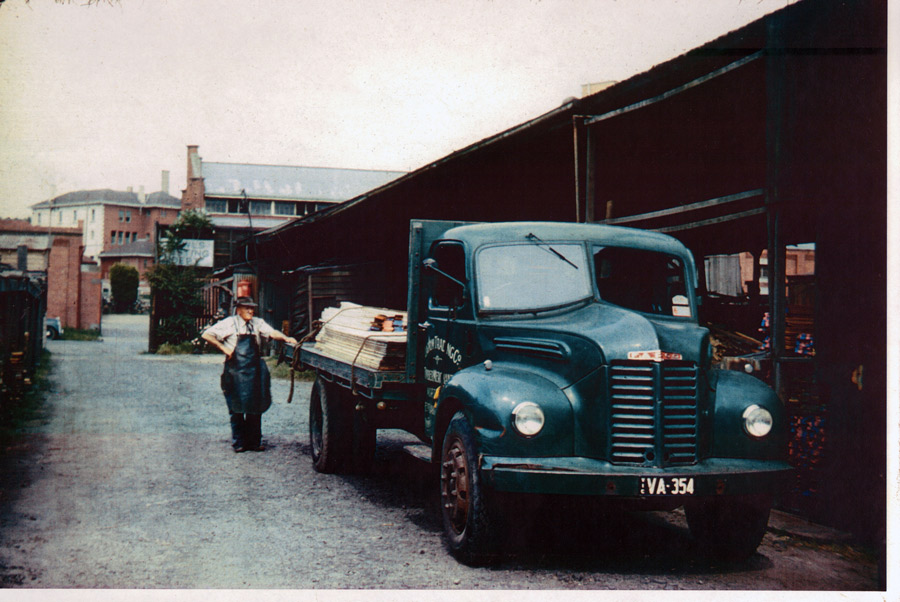 As the company developed, it became a key supplier to all the theatre workshops in town (some of these associations are still in place). As television came into force and the theatres closed their workshops, the TV industry became the next major customer of Hazelwood & Hill. To this day, we are still a major supplier to this industry.

Hazelwood & Hill has never lost sight of its beginnings in providing good quality timber with personal service – a philosophy that has allowed the company to satisfy the everchanging demands of the marketplace.

When the management of the day wanted to grow and develop the business, it was decided the South Melbourne location was not suitable for expansion.

In 1951, under the management of Gordon Hill (Arthur’s only son), the company purchased the land in McIntyre Street, Burwood, where we are still based.

Today Hazelwood and Hill is co-managed by Mr Richard Hill, a grandson of founder Arthur Hill, and Mr Bernie Tighe.

Hazelwood & Hill is a member of the following Professional Associations:

is the peak body for timber floors and timber flooring representing contractors, manufacturers and suppliers nationwide. Australian Timber Flooring Association are a member based timber flooring association which provides information and services to its members and the community.

The MGA TMA represents businesses from the Merchant, Wholesale and Manufacturing sectors of the Timber Industry. The MGA TMA is a provider of expert advice and services that members require to satisfy the needs of their customers and cope with increasing competition in the marketplace.

The Wood Flooring Association (Victoria), dedicated to developing the highest level of professionalism in the timber flooring industry.

Hardware & Building Traders (HBT) is a buying group created for independent timber, hardware, garden and building supplies retailers.Members operate over 610 retail stores located throughout all the States and Territories of Australia. All members are independently owned and operated businesses.