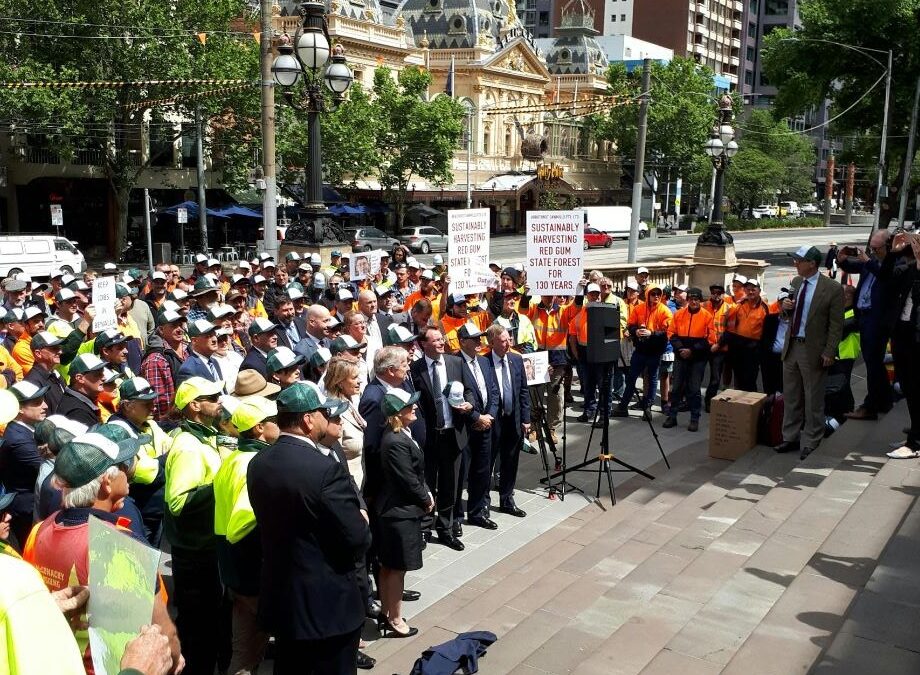 Victoria’s opposition leader, Michael O’Brien speaking at the first of what may be many such protests, stated that he would put the facts on the table about native forestry in Victoria and his party would push for an upper house inquiry in 2020. The proposed Legislative Council inquiry into the Andrews’ Government decision to shut down native forestry by 2030 was welcomed by the strong crowd of forest industry workers. Source: Timberbiz

On the steps of Victoria’s Parliament House on 26 November, were hundreds of Victorian forestry workers donning caps with the slogan Dan, don’t destroy timber jobs with some holding placards about their business or their location.

Parliamentarians representing both the National Party and the Liberals also wore the caps and stood with the workers and the associations that support the industry.

Ross Hampton, CEO Australian Forest Products Association (AFPA) spoke first and reiterated that the industry was prepared for a long and hard fight.

“Native forestry is completely sustainable and could have gone on providing the timbers for Melbourne’s homes and offices indefinitely,” he said. 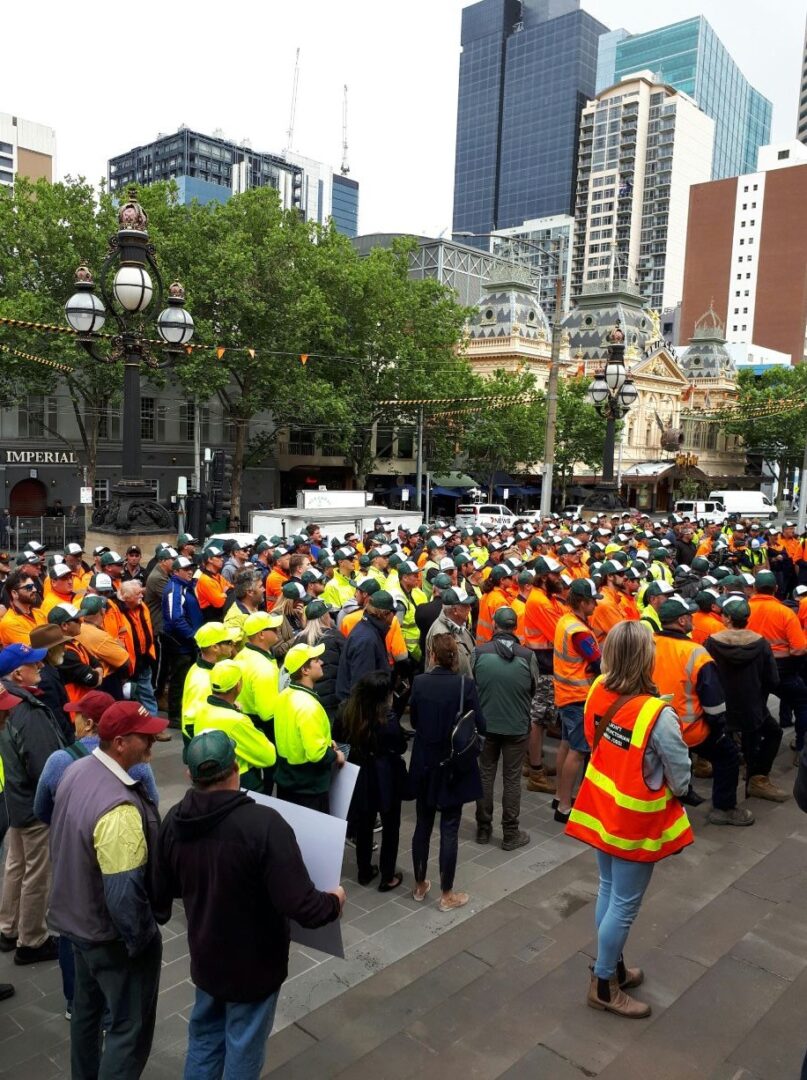